Edward Snowden, famous US National Security Agency’s (NSA) whistleblower who resides now in Moscow, Russia and being threatened by indictment from official Washington appeared in an interview performed by his lawyer for American Civil Liberties Union. Cryptofonia.pro juxtaposed his statements from previous ones for to make up a full picture and maybe some evolution of this brilliant technician turned to be one of the most valuable assets of NSA fled USA and slipped away for to express freely his opinion. 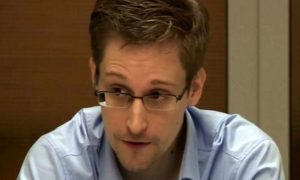 In his fresh interview Snowden states that Bitcoin is the first “free” money. He looks as truly adherent to blockchain technology since every time he speaks about cryptocurrencies he connects them with the distributed ledger technology (DLT). At the same time in the March of current year Snowden pointed that “everybody is focused on the transaction rate limitations of Bitcoin being its central flaw, and that is a major one.” He argues that “the much larger structural flaw, the long-lasting flaw, is its public ledger.” He thinks that “That is simply incompatible with having an enduring mechanism for trade, because you cannot have a lifelong history of everyone’s purchases, all of the interactions be available to everyone and have that work out well at scale.” But this is not ultimate negative verdict for blockchain and cryptocurrencies – for to be convinced in this thesis it’s worth to read some Snowden’s statements and read them “through the lines.”

First of all, Snowden has its own personal preferences for cryptocurrencies. In March he revealed that “When we talk about which cryptocurrencies are interesting to me, I’ve said it before and I’ll say it again, Zcash for me is the most interesting right now, because the privacy properties of it are truly unique, but we see more and more projects that are trying to emulate this and I think this is a positive thing.” In November he mentioned another one cryptocurrency: “Bitcoin has competitors as well. One project, called Monero, tries to make transactions harder to track by playing a little shell game each time anybody spends money.”

Secondly, Snowden ascribes not only to Bitcoin but blockchain based cryptocurrencies that they have value tough he cautiously says that they have “very limited fundamental value.” It sounds as too reserved position until one can find out that Snowden states that “paper currencies have no fundamental value”. Compared these two statements one may see that Snowden rates blockchain base cryptocurrencies over fiat, this is a remarkable point. Another important takeaway is that Snowden states that “the hard truth is that the only thing that gives cryptocurrencies value is the belief of a large population in their usefulness as a means of exchange. That belief is how cryptocurrencies move enormous amounts of money across the world electronically, without the involvement of banks, every single day.”

This belief is so strong that cant’ disappear if even Bitcoin someday is gone, – Snowden argues. This also has ramification for modern corporate culture as well: “encryption is playing a much larger role today and the companies are not as eager as they were in the past to help governments. So this has clearly changed.” This evolution came from the fact that previously “Nobody really believed the NSA was collecting the phone records of every single person in the United States. But it was happening. No one believed that the NSA was collecting all the phone calls of everybody in the Bahamas, but it was happening. No one believed that Apple and Google and Facebook and all of these companies had created secret mechanisms to provide exact copies of users’ data from their server and give it to the intelligence services, but they had. Now, we are aware that these things are not only possible, they are happening.” He also criticizes PoW and PoS protocols some blockchains use: “new models are needed.” 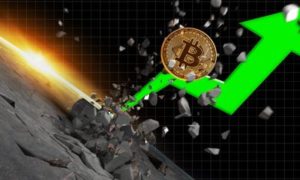