Binance CEO Changpeng Zhao offered some insight view into the trade statistics of one of the largest crypto exchanges in the world. He states that the volume of Bitcoin transactions has plummeted by almost 90% since the beginning of the current year: “Compared to January of 2018 year, we are probably down 90 percent. So we only have one-tenth of the trading volume compared to what we had in January. But, compared to like a year or two years ago, we’re still trading at huge volumes. Business is still okay, we are still profitable, and we are still a very healthy business.” 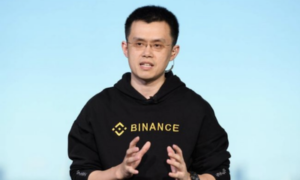 He further added, that “Right now we are still signing up a steady amount of new users every day so from what we are seeing, it’s very healthy actually. The number of new users and the amount of crypto we hold are increasing very steadily. So if you look our cold wallets, the amount of BTC we hold, we have just seen an increase in people depositing Bitcoin to our exchange.”

In Binance one sees general sentiment in 2018 year as positive unlike 2014, despite big price drop. Zhao also pointed that combined crypto trade volume performed by exchanges and Over-the-counter trading reaches 23,4 billion as one takes a market as a whole and track monthly figure for October: “What I’ve heard is the OTC market is at least as large as the live recorded volumes on exchanges. So that is at least 50 percent of volumes that is not being reported on CoinMarketCap. But we’re not heading to that business, so we don’t know the real volumes.” Speaking about anticipated crypto rally Zhao stressed that it will likely happen “sooner or later, something will trigger it” mentioning that it could be Bakkt platform futures’ trading slated to be launched at 12th of December. At last, Binance is building essentials necessary to strike deals with institutional investors and one of the new brick into the fundament of such relations may be considered a Binance Research, Binance’s arm, launching. 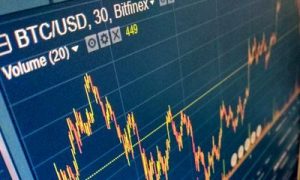 Turning the JADE market into cryptocurrency – Token sale is live!