A crypto analyst has summarized the figures describing the cryptocurrencies market at the end of October. Bitcoin volatility is declining one compared to USD/EUR pair, for example. Woo states that he did “an analysis of this in 2016, we were on track to approach FOREX volatility (NZDUSD pair to be precise) some time in 2019 but that was before 2017 changed the picture.” The expert deliberates over such facts and come to conclusion that this time new capital inflows reduces Bitcoin and crypto market volatility that was due to the appearance of new players in the market such as hedge funds. This led to the contrasting result if one compares the capital inflows processes this year with the same one occurred in the December of 2017 when such financial means’ advent sparked a huge volatility at the crypto market. 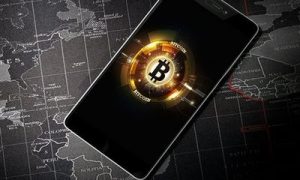 An important fact that Bitcoin has great ROI for the risk undertaken. This thesis is supported by Bitcoin risk adjusted returns in comparison with US stocks, real estate, bonds, gold, emerging currencies and oil if one takes 4-year period for consideration.

Woo also provides a picture of Bitcoin as money. Bitcoin’s money supply next to the world reserve currency (USD) rose from $100 thousand to $100 billion for 8 years. The expert expects that in coming 8 years the Bitcoin capitalization to cross $3 trillion that is equivalent of M1 money supply in USA.

He also believes that since Bitcoin price fluctuates under the 200 day moving average this implies that more option to enter to crypto market opens. As another analyst Trace Mayer states that there is “not a bad time to enter”.

NVT ration that plays for crypto world the same as P/E ratio for shares point to the fact that Bitcoin is in the middle of bear market but not at the “bottom” it’s slated to still reach so there is no bad time to enter market and accumulate Bitcoins but there is a still room for further decline of this cryptocurrency. 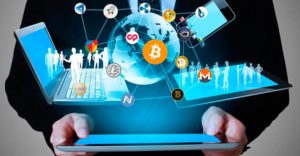