The famous billionaire, crypto investor Tim Draper attended Crypto Invest Summit in Los Angeles where he proclaimed his total belied that Bitcoin would break $250,000 level by 2022 year. He substantiates his forecast through description of unique treaties of Bitcoin: “So right now, there’s $86 trillion of political currency. They call it ‘fiat’ currency, but it’s political. And I believe that that currency will slowly be eaten up by a better currency which is global, decentralized, and frictionless. It’s just a better currency. Bitcoin’s a better currency. And I think Bitcoin will be one of five cryptocurrencies.” 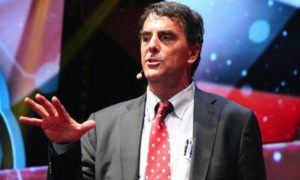 He also stresses that all crypto world keeps eyes on US SEC and only in extreme extent awaits from this US regulatory body the decision regarding crypto regulation similar to the one adopted by Beijing. He argues: “I think the SEC is torn and I think it’s it’s okay because they’re torn between like going after the fraudsters who are taking advantage of the elderly, and making sure that all that technology does stay in the US. They know that it’s a competitive world out there.” He advises SEC to adopt “one-page document” describing only registration process for crypto related business and ICO.

Meanwhile his optimistic view regarding pro-active stance of regulatory bodies that are aware of “competitive world out there” undermines by recent words of CFTC chief, Christopher Giancarlo, who was reserved about the urgency for USA to be a leader in the sphere of new FinTech. He said in an interview that “there’s no question that the United States is leading in a number of areas, but there’s other areas as well of innovation where I think it makes sense for us to take a little bit more of a thoughtful and intelligent approach, just as the U.S. Congress did 20 years ago in the early days of the internet.” 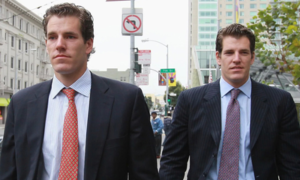 Winklevoss extended their services to US sanctioned countries? 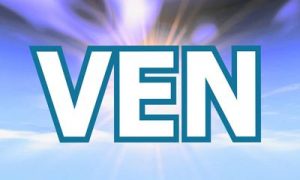