DALLAS, TX – Organizers of the second Bitcoin, Ethereum, and Blockchain Super Conference (which is being held in September at Dallas) are running a special promotion. Every attendee who buys their ticket before 9:59pm each day will be put into a complimentary raffle, where one lucky winner will receive $300 of Ethereum transferred to their wallet immediately. (Considering that, on a typical day, ticket sales range from four to ten, the odds of winning stand at between 10% and 25%.) 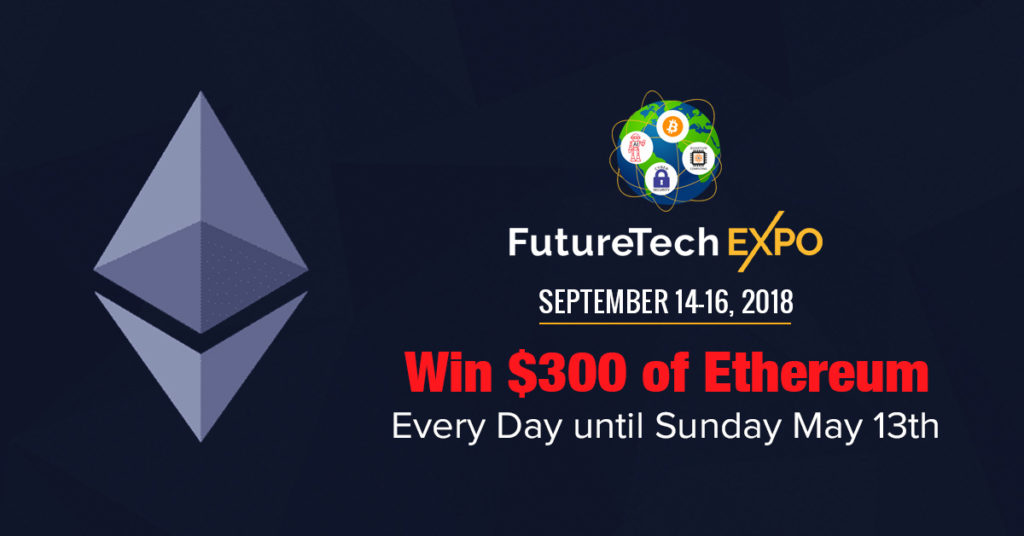 “I am stoked about Ethereum’s rally this past month”, said Mr. Jacobs. “Ethereum is up more than 700% year-on-year, and some insiders believe this number two crypto will blow right on past Bitcoin, straight into number one cryptocurrency status. As always, it pays to get in while the gettin’s good, so I’ve decide to run this special promotion. Every day, until Sunday, we’re giving away $300 of Ethereum at 10pm. Every person who bought a ticket will be put in a hat, and we’re going to draw ONE name. If you win, we’ll transfer $300 of Ethereum into your wallet right away.”

This second conference – which follows on from the Bitcoin, Ethereum, and Blockchain Super Conference that took place in February – is being held in Dallas on September 14th, 15th, and 16th.

Headline speakers include:
• Tim Draper – the billionaire venture capitalist whose firm successfully bet on Skype, Twitter, Tesla, and Space X before they got big, who predicts that Bitcoin will hit $250k by 2022.
• Randi Zuckerberg – Founder & CEO of Zuckerberg Media & early Facebook executive, who is now leading several future-tech initiatives, and is one of the most well-connected future-tech professionals in Silicon Valley.
• Mark Yusko – the Wall Street money man who not only runs a $4.5 billion hedge fund, but is also betting $500 million of “smart money” into cryptocurrency and blockchain assets.
• Nick Spanos – the founder of Blockchain Technologies Corp and an early member of the Bitcoin scene who was featured on Netflix’s Banking on Bitcoin movie.
• David Hirsch – an enforcement attorney from the SEC, who’s going to talk about how the world’s most important financial regulator is softening its stance towards blockchain.
• Lyn Ulbricht – the mother of Ross Ulbricht, who was unjustly imprisoned for his role in creating the Silk Road marketplace and democratizing commerce.
• And many others.

The overarching theme of all their talks, and the entire conference, will be the next crypto and blockchain market cycle. All signals indicate that crypto is heading back into bull territory, and when the new market cycle begins, it’s going to make a new wave of blockchain investors seriously rich. This conference is about discovering how “smart money” is already getting in before the next rush.

Tickets to the Super Conference usually cost $897 but are available a special Summer price of $597: https://www.thefuturetechexpo.com/register/

About the Bitcoin, Ethereum, and Blockchain Super Conference II:

This three-day conference will be held at the Kay Bailey Hutchison Convention Center in Dallas from Friday September 14th to Sunday September 16th, 2018. We are expecting more than 1,000 attendees, at least 50 headline speakers, and upward of 50 exhibitors – with talks from founders, developers, and early-stage investors of cryptocurrencies and blockchain startups, including many that are planning ICOs throughout the last quarter of 2018 and 2019. The focus will be on the next crypto market cycle.

More information is available at: https://www.thefuturetechexpo.com/register/